While I like all cute animals equally, cats hold a special place in my heart. I wouldn’t go so far as calling myself a crazy cat lady, more like a cat enthusiast. I love them despite their reputation of being mean-spirited (at times), independent, and scared of cucumbers. Maybe I love them in spite of all their so-called flaws.  Regardless, despite my lack of cats, my appreciation for cats also extends to their owners. Cat owners are da real MVPs. With the discovery of “animal labyrinth” videos, my appreciation for crazy cat people has increased twofold. Warning: adorable cats ahead:

Yay! Red-collar kitten won! WASN’T THAT CUTE?! My favorite part was the reverse playback so I could see just how wiggly the kitten was. What about you? Are you more of a dog person or are cats your number one animal? 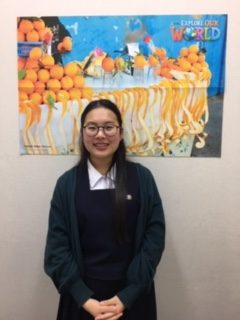 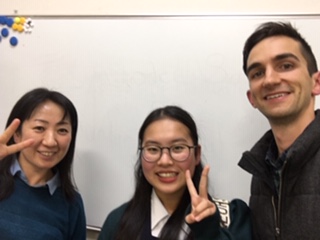 Even though my height is barely above-average for an American male, that is apparently too tall for Japan, as I manage to hit my head almost every day on something.

While in the moment I am often inspired to unleash profanity, the many hits I have taken have also inspired me to write haikus about being tall.

Every morning,
Some wake with coffee or tea
I just hit my head

One good thing about
being tall, Is that in large crowds
Never lose my friends

On train, alter-ego
comes to life as I dodge rings
I am the hunchback

I’m not sure about Japanese YouTubers, but American YouTubers sure have a lot of drama. Amazingly, under a glamorous or HD facade, it turns out most YouTubers are also human beings. You know what they say; to err is human, no one is perfect, bless this hot mess, yadda, yadda, yadda. Long story short, we all have a phase in our life when we’ve done or said something we’re not proud of. However, if you grew up on YouTube, there’s a chance that whatever cringe-y or uneducated moment was captured on video. Famous YouTubers are just that–YouTubers, as in, their primary source of income is their YouTube channel. If you’re making a living making videos, you should at least have a personality or quirk that viewers love. Now say some video or other evidence were to come out that shows you weren’t the sweet or family-friendly YouTuber your viewers thought you were. Proof like that could ruin your follower count (aka your revenue source) which in turn would wreck possible sponsorships.

Once a famous YouTuber is publicly shamed or shunned it seems like they go into “PR/PC freak-out mode”. Maybe their follower count is steadily dropping (and followers/views = money) and they need to remedy the situation. The first thing they usually do is issue an apology tweet and if that’s not enough to staunch the flow of upset unsubscribing, an apology video will be shortly underway.  Depending on their level of fame (or infamy) their apology video will usually be the most watched video for several days before everyone moves on with their lives or some other YouTube drama breaks out. If they are deemed apologetic enough, they may make it out with their follower count still relatively intact. Of course, these apology videos are then dissected by other YouTubers either to see if their apology was genuine enough or to ride on the coat tails of a more famous YouTuber for views and clicks of their own.

Here we have PewDiePie, a famous Swedish Youtuber who has issued his own apology video, break down and rate other apology videos for our enjoyment: