December of sophomore year of high school, I remember being in class and seeing several students huddling around my teacher’s computer. The video they described to the rest of us didn’t sound that exciting at the time, but it would go to spark a (arguably tacky) trend that adds even more to the spectacle of Christmas.

The video was of the home of Carson Williams, an electrical engineer from Mason, Ohio (about 25 minutes from where I grew up). Williams had rigged the 16,000 Christmas lights on his house to flash and dance in time with Christmas metal band Trans-Siberian Orchestra’s “Wizards of Winter”, which you could hear if you tuned to a specific radio frequency in your car. The light show became so popular that Williams had to shut it down for the 2005 Christmas season due to the traffic congestion it was creating in his neighborhood.

The following Christmas season, many others started to post videos of their own elaborate light displays, and Williams was even hired to do the lighting for a beer commercial. The buzz around the idea allowed Williams to start his own holiday lights company, and in the years that followed he was commissioned to do commercial-scale holiday light shows in cities like Denver and Chicago.

Although the fad seems to be somewhat dying off (at least according to Google Trends), new light show videos still make the rounds every holiday season, often incorporating other pop culture trends.

Even if these immaculate displays end up fizzling out and going the way of sending a family newsletter or actually singing carols to your neighbors, the decade of the light show will live on for a long time in Christmas lore.

Around this time, as the end of the year draws near, you can’t help but look back and reflect.

I feel I have been very blessed in both my family, and work life. I’ve been challenged to not waste time on the things I cannot change and have to accept, and work on the things that I can. I’ve become much better at understanding that when things don’t go the way you want it to or expect it to, that it just creates another opportunity. It has been an enriching and wonderful year. So, a big thank you goes out who made my 2018 a memorable one. To my new friends who organize and attend futsal every month, to those who made it to the cherry blossom picnic along Ishite park, to those who joined us for the camp and barbeque on the island, and of course my immediate family who came to visit me in Japan.
Now it’s time to start focusing on resolutions for 2019!!
投稿日：2018年12月20日
カテゴリー：

I learn something new about Japanese culture everyday. As the new year is quickly approaching, I’ve said じゃね to learning about Christmas facts and 抗日わto New Year traditions in Japan. Last year, I learned that Japanese people visit their local shrine on New Year’s Day for hatsumode, or the first prayer of the year. People line up to pray starting at 10 P.M. at the Meiji Shrine in Tokyo in preparation for the midnight prayer gong!  This year, I was happy to learn about the Japanese tradition of hatsuhinode, or viewing the first sunrise of the year. In both Shinto and Buddhism tradition, the god of the New Year, Toshigami, arrives with the sunrise on January 1st to grant your New Year’s wish. Tokyo Skytree is very popular sun rise watching destination in Tokyo as well as Goryokaku Tower in Hokkaido Prefecture. While most people in America will be watching the ball drop and then partying ‘til the sun rises, I like the idea of quietly watching the sun rise with a hopeful heart. Maybe my Western traditions will take a backseat to Eastern sensibilities this year and I’ll tone down the partying enough to stay awake past midnight! Although, I’m not sure I can stay awake until 7:00 A.M. regardless of when the partying ends. Although I live in a relatively flat part of Matsuyama, I’m thinking of climbing up the hill to my local shrine to catch the first golden rays of the new year. Who knows? Maybe Toshigami will bless this poor Westerner with a hangover cure and a nap!

Name one new Christmas song that has made it big in the last couple of years? In fact the last Christmas hit that I can remember is Mariah Carey’s All I Want For Christmas Is You – and that was released almost a quarter of a century ago. To be fair though, I don’t listen to an awful lot of current music.
I don’t know about you, but I love the nostalgia that Christmas songs bring. I was an avid churchgoer in my mid to late teens and singing Christmas songs every Sunday in December is a memory I will cherish forever. I never grew up writing letters to Santa because my parents told me about the idea of him (the idea of giving) when I was young. I no longer attend church, but never fail to listen to Christmas music around this time.
Some of my favorite songs are:
-Little Drummer Boy
-O Holy Night
-Silent Night
-12 Days of Christmas
-Joy to the World
…the list goes on.
What are some of your favorite Christmas songs?
投稿日：2018年12月14日
カテゴリー： 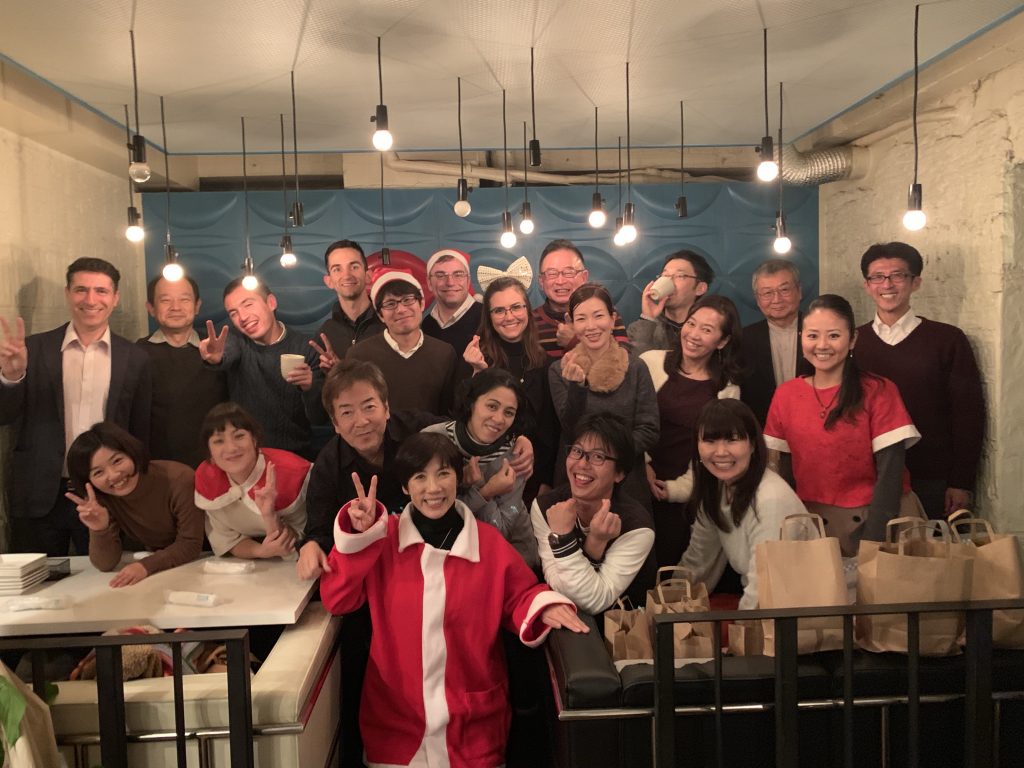