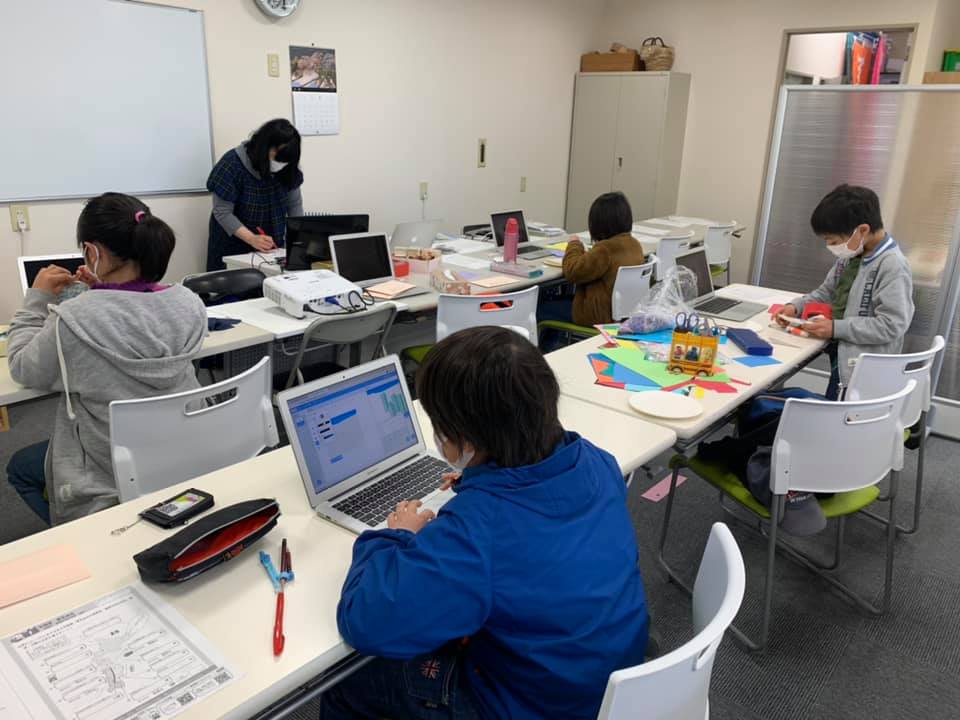 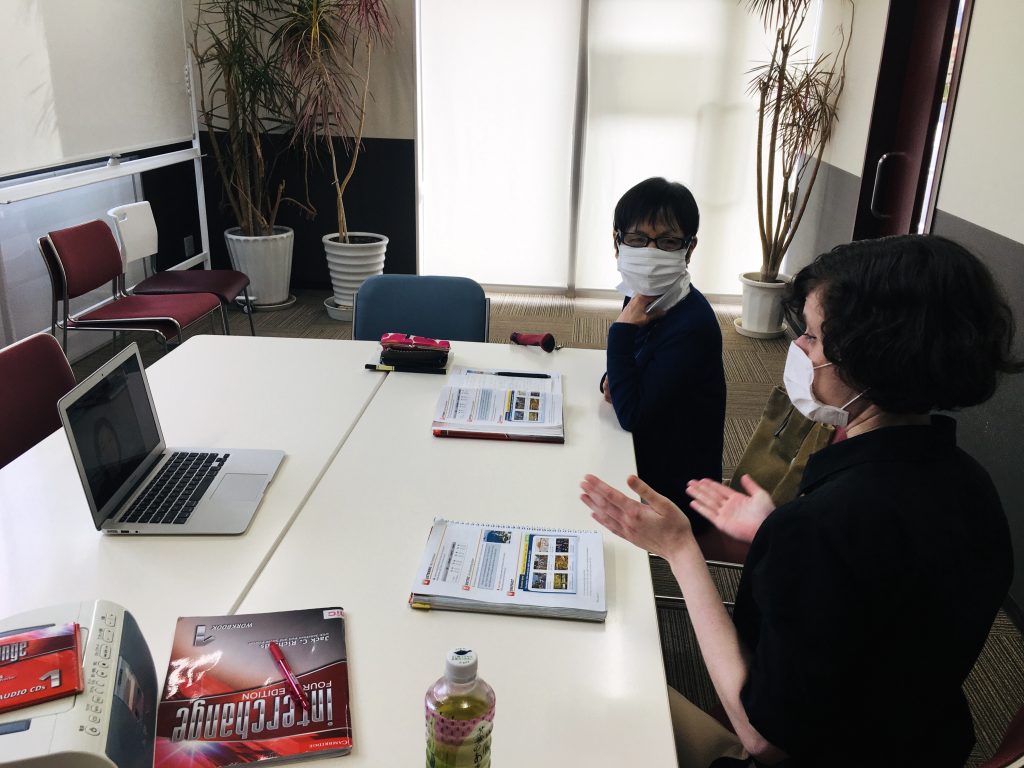 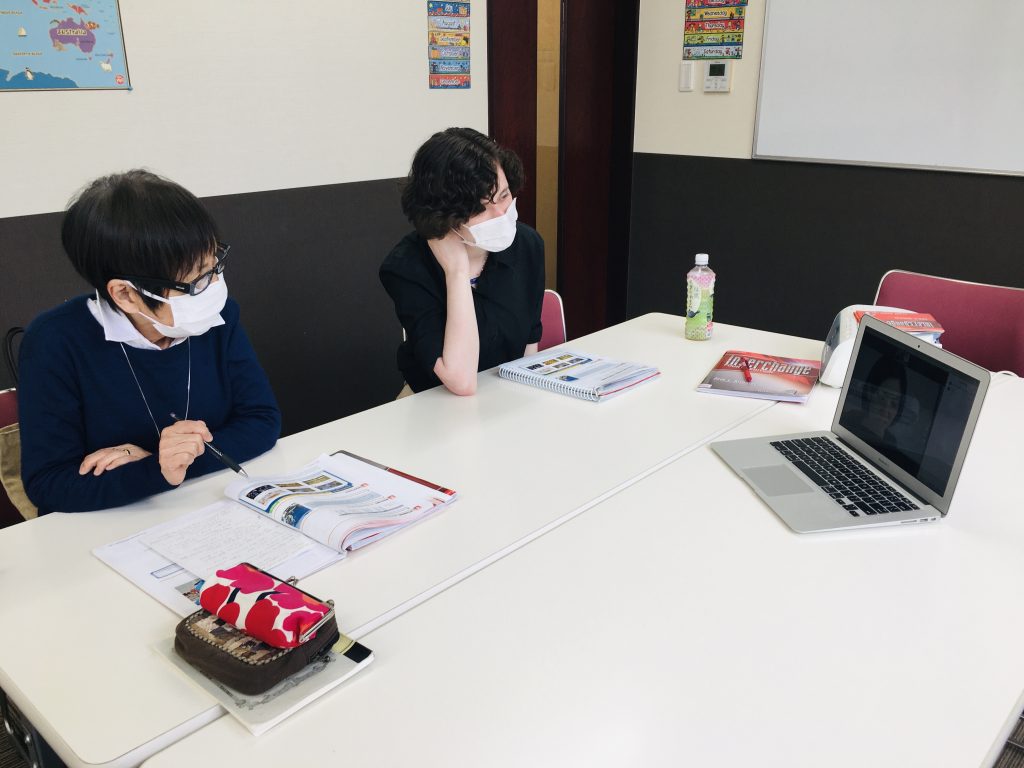 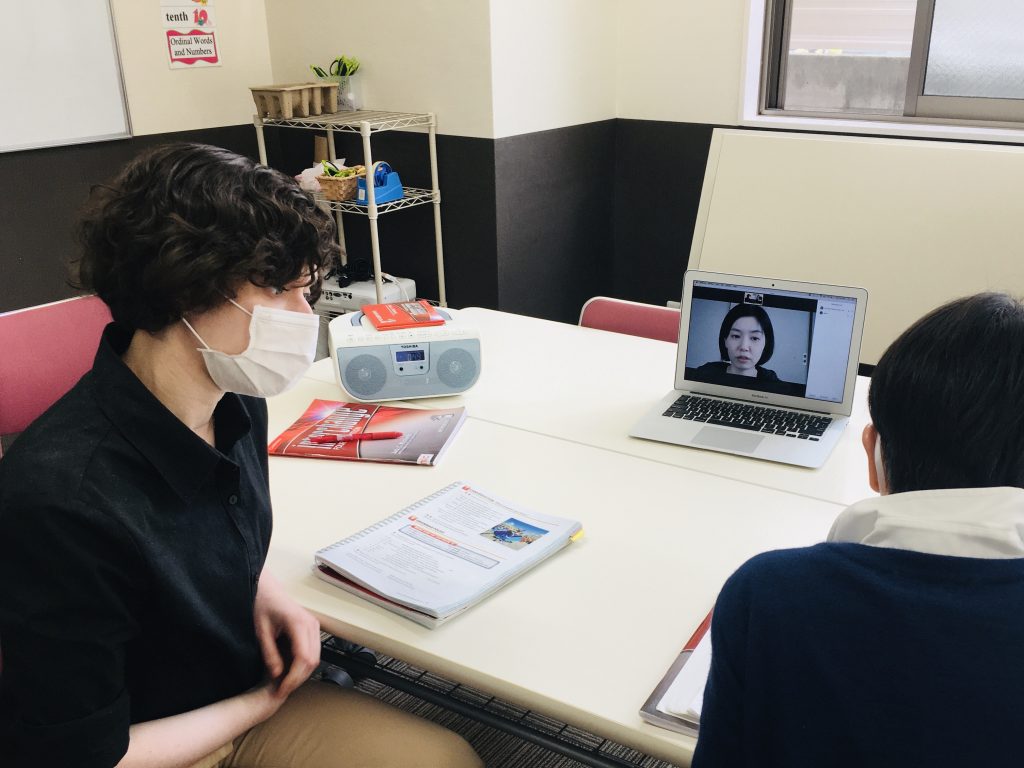 Hello everyone! I hope you’re all doing well and staying healthy. In the United States now, people are advised to maintain “social distancing,” staying indoors and when in public keeping at least 6 feet (2 meters) away from others.

On the bright side, with so many Americans stuck inside right now, I’ve had more opportunities to catch up with old friends. The time difference between Japan and the US sometimes makes keeping in touch difficult, especially for people like me who enjoy seeing or speaking with other people rather than relying on social media.

Here in Japan we are encouraged to stay inside as well, so I have been trying to make the most of it. Over the last few weekends I have been reading through many books, and making time to watch more movies. It is even better when I can combine watching movies with studying another language. I have previously written about the usefulness of media when learning English, but it is true with any language!

After spending some time with my textbooks studying Japanese, I decided to try watching some Japanese films. While they might not have a lot of terribly useful language, it is still a fun and enjoyable way to improve on listening skills. Yesterday, for instance, after I finished studying I watched シン・ゴジラ. I had never actually seen a movie from Toho Pictures before, and found it very interesting.

Have you tried watching any English language films as part of your studies? 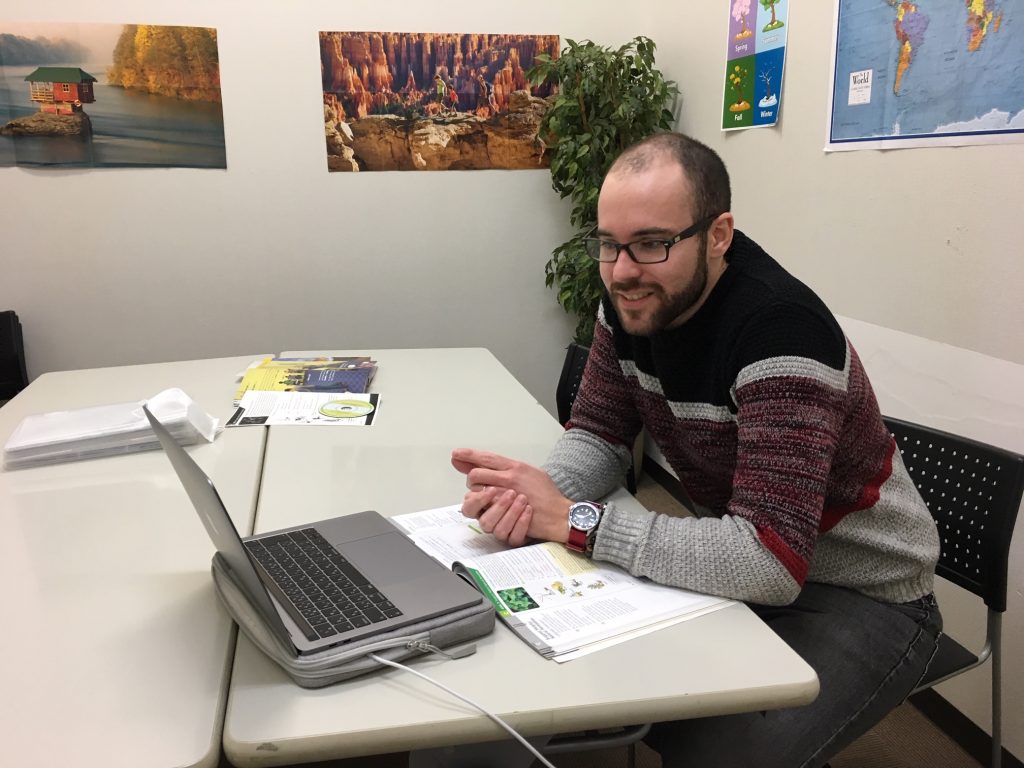 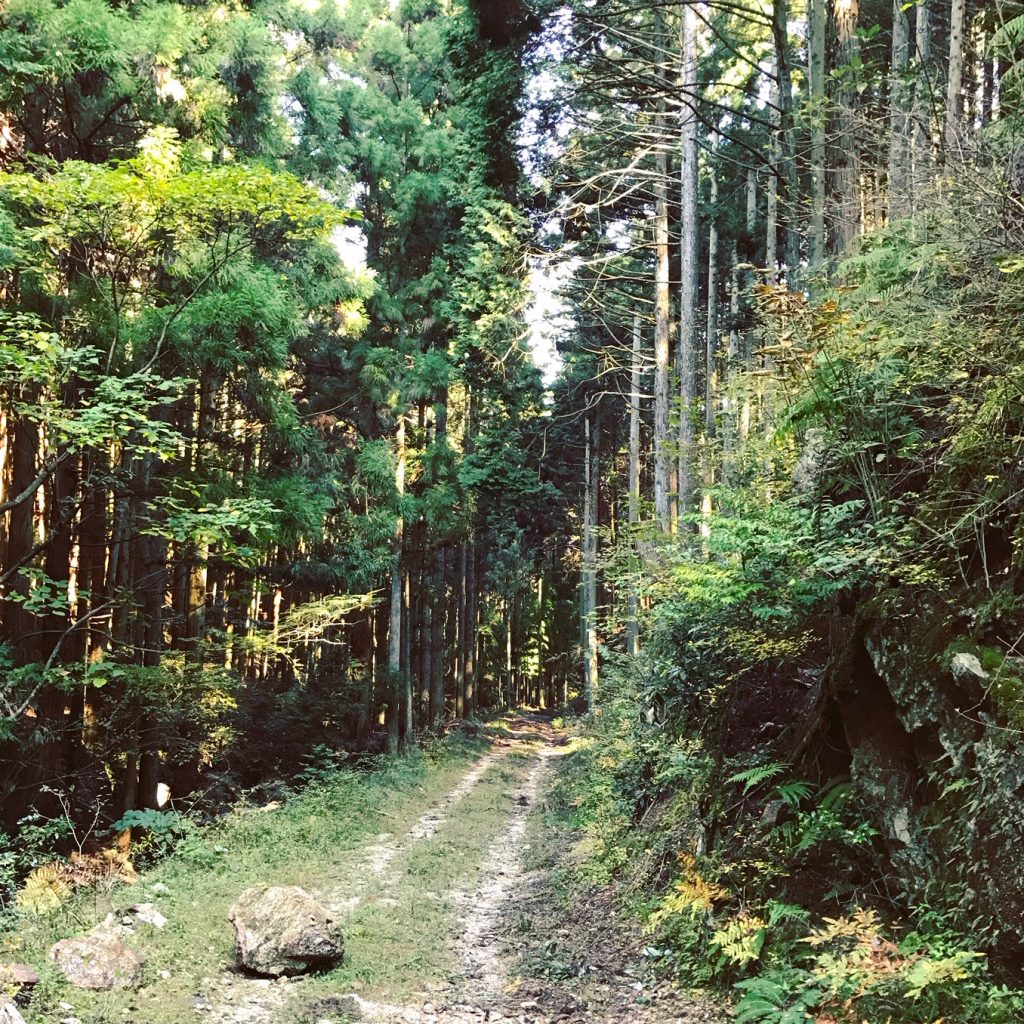 There are many great points about Shikoku.  The weather is beautiful.  The cities aren’t overcrowded.  The food is delicious.  And there is plenty of nature.

When I have free time, I love to go touring in the mountains or along the coast.  I also enjoy cruising across the Shimanami Bridgeway. 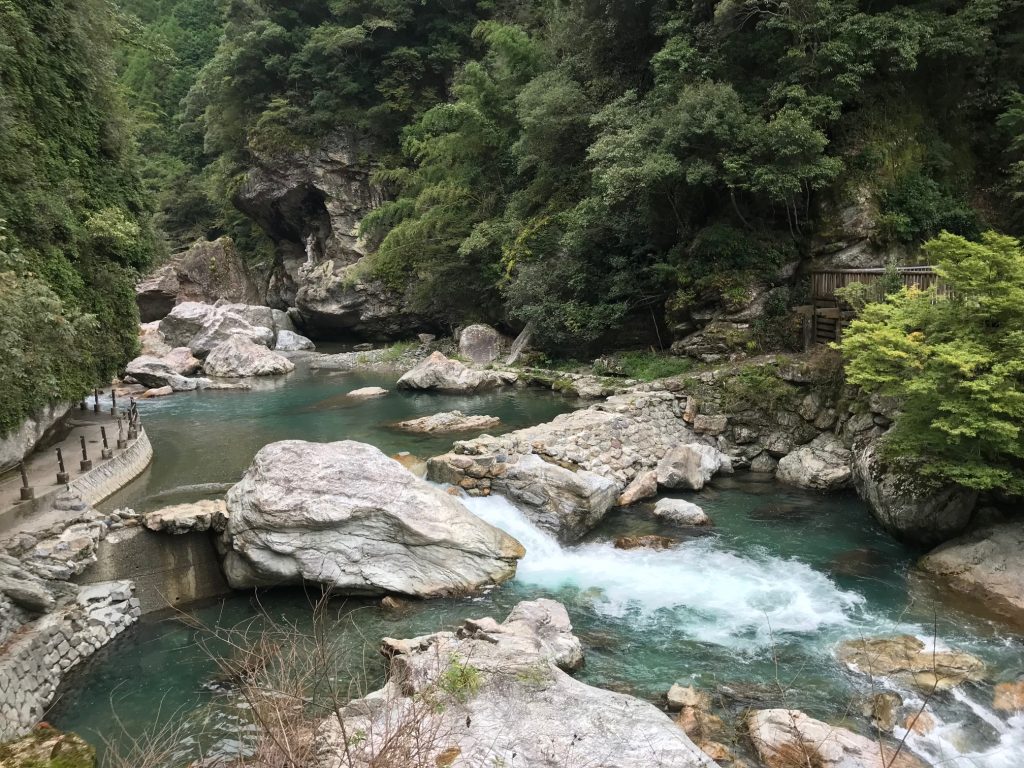 I also like to ride and not worry about dangerous drivers.  Because the roads aren’t paved, there usually isn’t any traffic. 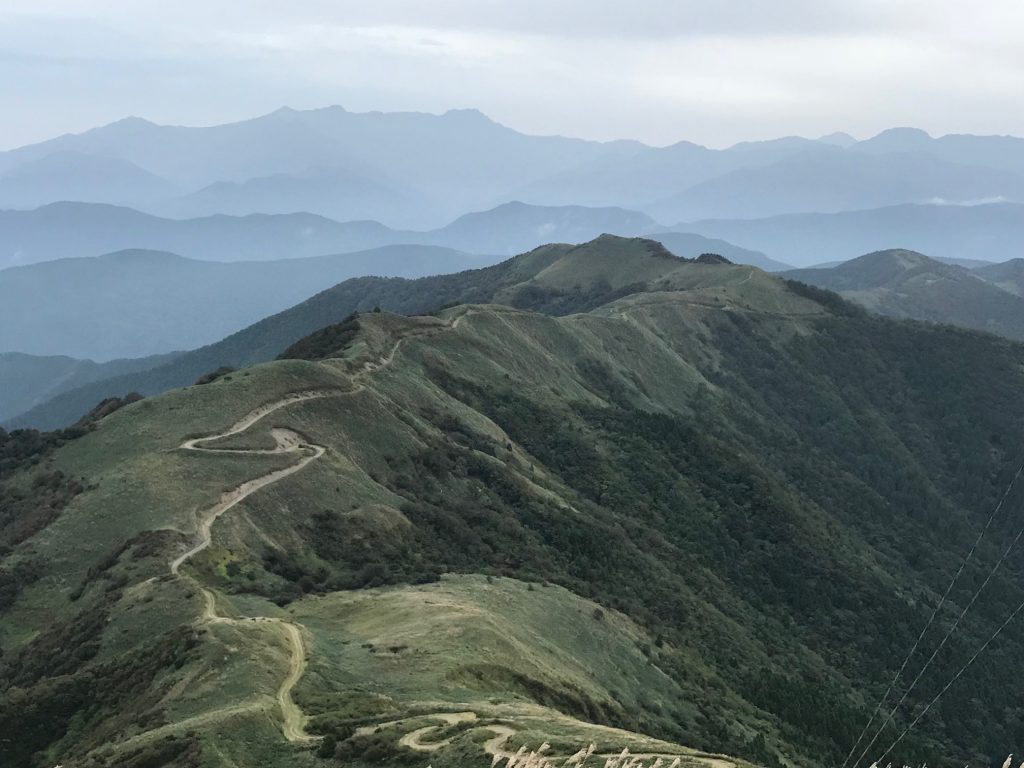 Do you ever explore the mountains?  If you need to get away, it’s the perfect place to hike, cycle or ride.

On the weekend I visited the flowering canola fields at Minara. The bright yellow flowers were beautiful against the distant mountains. 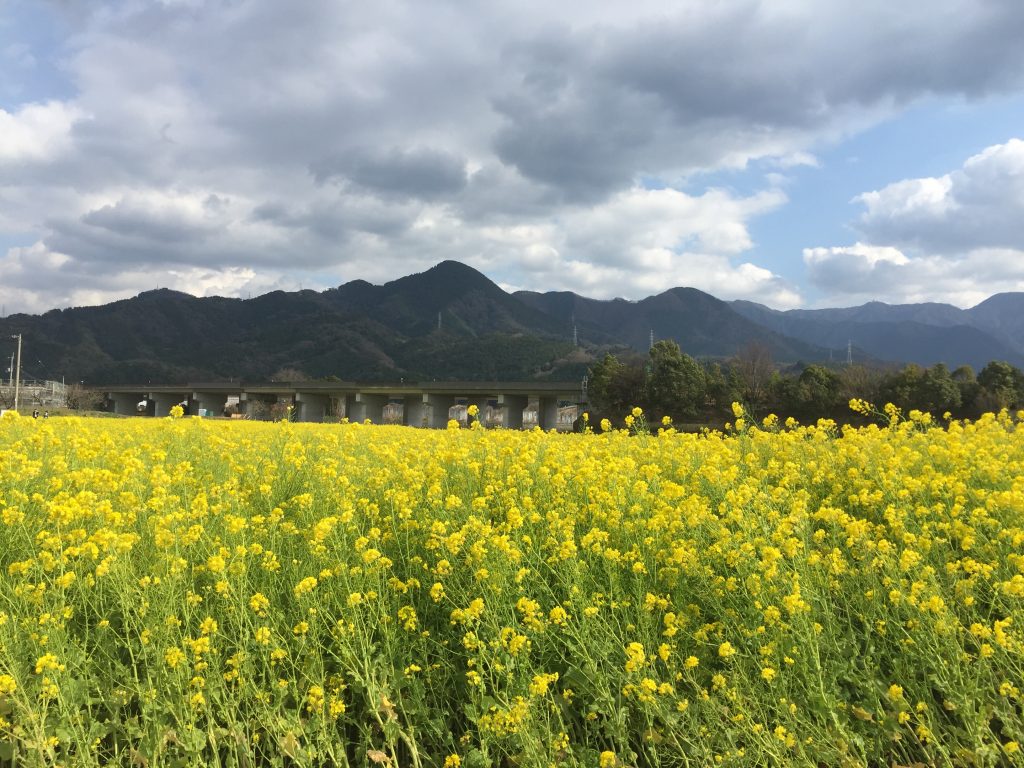 In the area of Australia were my family live there are many canola fields that are grown to make canola oil. Seeing the canola fields at Minara reminded me of home. I have used canola oil to cook but recently in Matsuyama City I ate a sandwich that had canola plant in it. It was my first time to eat the plant! 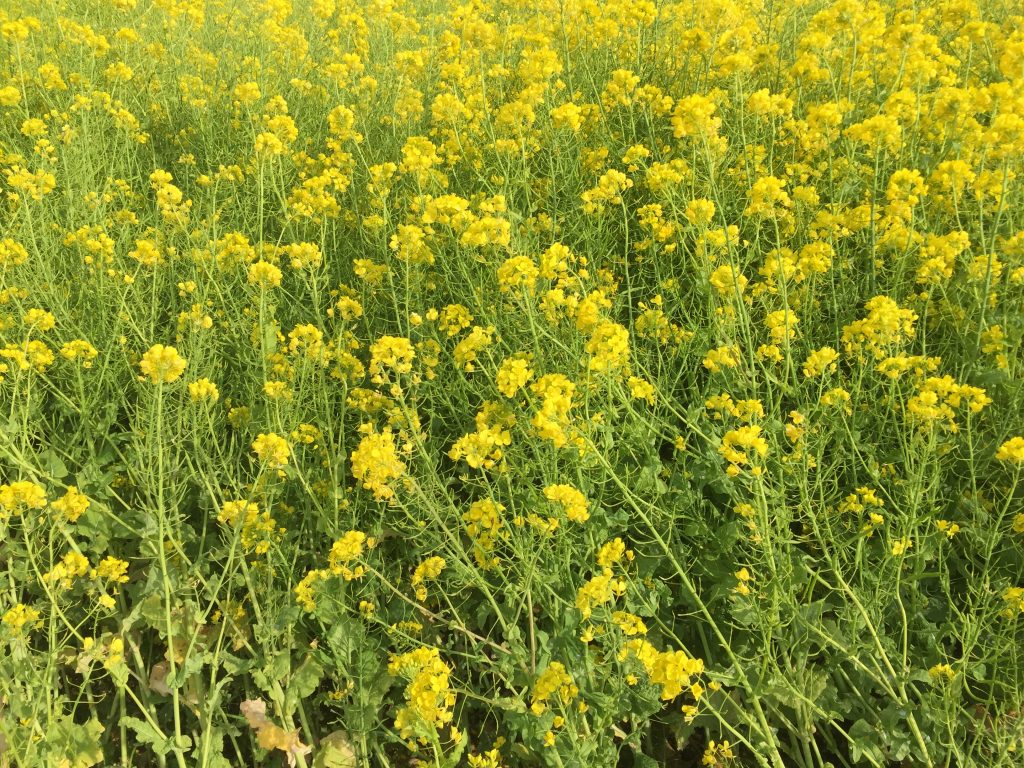 In October I visited the same fields at Minara to see the beautiful cosmos flowers. 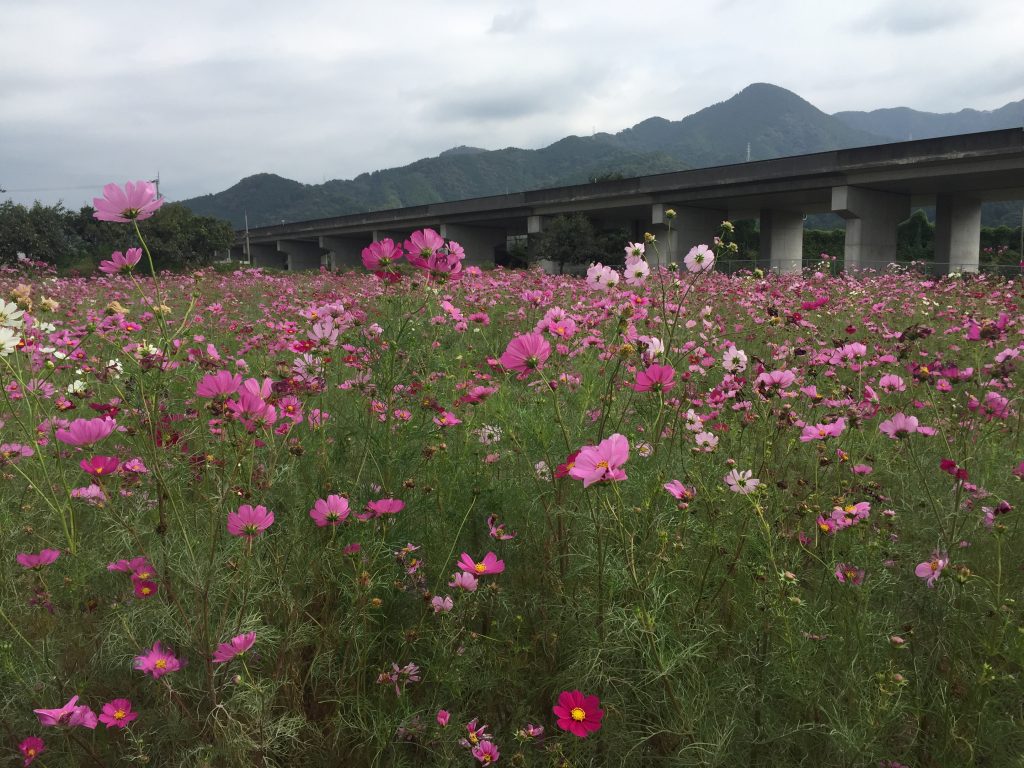 Many people visit the Minara fields to see the flowers there and I think it is a special place. 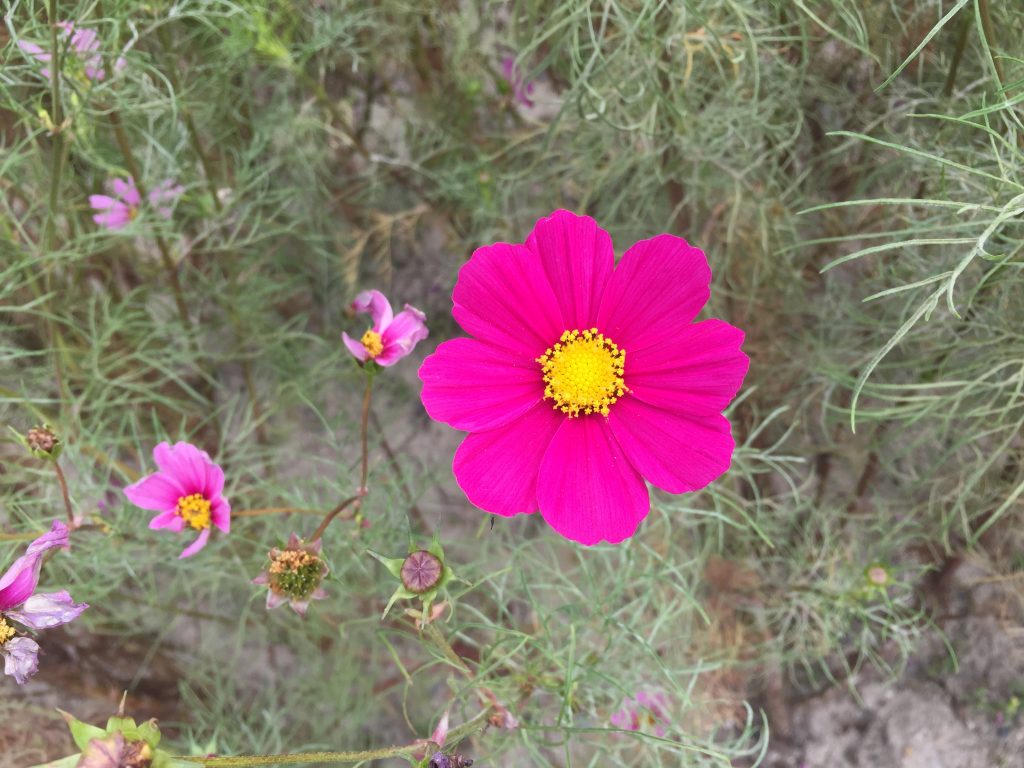 I hope everyone enjoys the start of Spring!