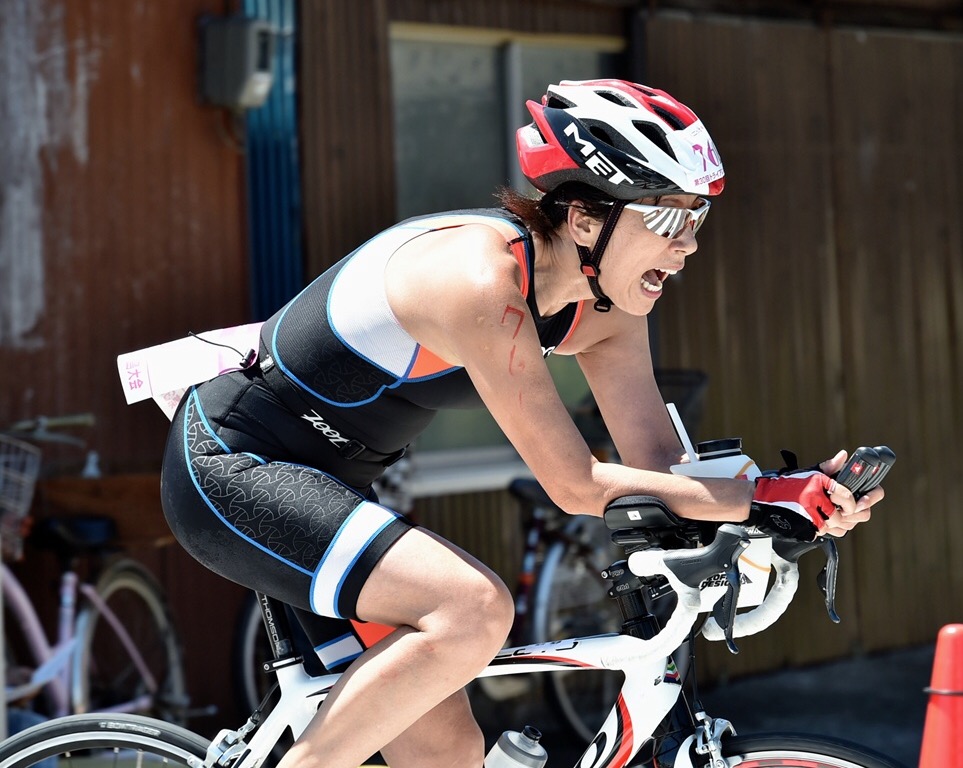 During Golden Week, I made my first trip to Osaka. I always regarded Matsuyama as a big city (any place with over 500,000 people is considered large in America), but visiting Osaka and the surrounding area really put things into perspective and made Matsuyama feel like the small town that my students insist it is!

While there, I did all the usual Kansai tourist activities such as visiting the castle, shopping at Dotonbori, taking a day trip to Nara, going to the top of the Tsutenkaku Tower, and of course eating plenty of okonomiyaki, takoyaki, and kushikatsu.

However the highlight of my trip was  ̶e̶a̶t̶i̶n̶g̶ ̶T̶a̶c̶o̶ ̶B̶e̶l̶l̶ ̶f̶o̶r̶ ̶t̶h̶e̶ ̶f̶i̶r̶s̶t̶ ̶t̶i̶m̶e̶ ̶i̶n̶ ̶f̶i̶v̶e̶ ̶m̶o̶n̶t̶h̶s̶  going to the small (by comparison) town of Ikeda to tour the Momofuku Ando Instant Ramen Museum. Not only do you learn about the interesting history of Cup Noodles there, you also get to create your own noodle recipe to take home and enjoy.

Overall, I feel about Osaka the way I do New York: a fantastic city to visit and be entertained by for hours just by walking in any random direction, but a little too hectic of a place for me to live.

I’m very fortunate and excited to be able to attend M.E.S.H.’s (aka James Whipple) audio visual set in Kyoto this coming Sunday. He’s been one of my favorite experimental electronic producers over the past few years but he is also a highly capable DJ that will conjure your catharsis whether you expect it or not, after the ambient washes give way to monstrous drums. Here’s one of his more upbeat compositions called “Search. Reveal.”. Enjoy! 😉 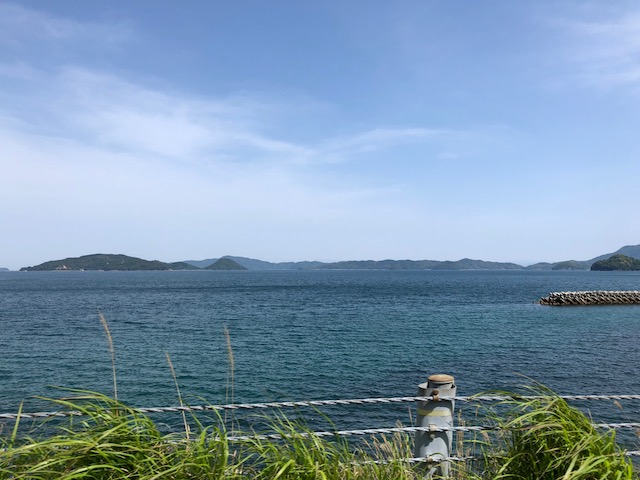 The water is crystal-clear.

While I was having a conversation with a fellow teacher about how we spent our Golden Week we came across some English words that I thought was unusual. Somewhere in the conversation, I mentioned taking a ‘ropeway’ up a mountain. It seemed that he had only come across this word in Japan. I questioned myself too and believed that I had picked it up since I had been living here for a long time. As it turns out, it is an English word. They may operate differently however, they are also known as gondola lift, cable car, aerial lift, aerial tramway…the list goes on. When I picture cable car, I imagine the trams that run on the hills of San Fransisco, and since he was from America I asked him about this. He also said that it is called a trolley. I couldn’t help but laugh because where I come from a trolley is what they would call a shopping cart or a supermarket cart.

Beatrice Helen Worsley was destined for greatness. An academic star from a young age, Beatrice won many awards in math and science. Her scholastic prowess eventually won her multiple scholarships to Trinity College, a part of the University of Toronto. She majored in mathematics and physics, eventually graduating in 1944. Beatrice held the distinction of having the highest marks in every class in every year she attended Trinity College.

After graduation, she enlisted in the Women’s Royal Canadian Naval Service (WRENS), where she studied harbor defenses and torpedo guidance. Worsley was eventually promoted to lieutenant before ultimately leaving the military in 1946. She is known for spending 150 days at sea working as a minesweeper, a record which stands to this day.

After her time in the military, she completed a one-year Master’s program at MIT. Her thesis detailed nearly every computing machine in existence at the time and is considered one of the most detailed works in early computing.

Her time at MIT made her realize that computers were the way of the future. Eventually, Canada developed a computing industry beginning with the University of Toronto. Worsley applied to provide computational support for Atomic Energy of Canada. While working at Cambridge, Worsley built a differential analyzing machine and helped write a program to calculate squares. She later applied for a doctorate at the University of Toronto, writing her dissertation in part on her differential analyzing machine as well as Turing machines. Her dissertation is considered to be the first written about modern computers and earned her a PhD in computing. Beatrice then began teaching at the University of Toronto.

Unfortunately, Worsley’s genius was not celebrated during her lifetime. She was repeated passed over for promotions while working at the University of Toronto. She received far less recognition than her peers in the field of computational sciences. In 1972, Beatrice Worsley suffered a fatal heart attack at the young age of 50. She was finally recognized posthumously for her service in computation with a Lifetime Achievement Award from the Canadian Association of Computer Science.

Although the exact genesis story of soft serve ice cream is contested, my favorite story begins with a flat tire.

One weekend in 1934, Tom Carvel got a flat tire in his ice cream truck in New York. He pulled into a parking lot and began selling his melting ice cream to people driving by. Within two days he had sold his entire supply of ice cream! In 1936, Tom opened his first store on the original broken down truck site and developed a secret soft serve ice cream formula.

The secret to making soft serve is to introduce air to the ice cream while it’s freezing.  The amount of air introduced in the freezing can change the taste of the finished product. Product with low quantities of air has a heavy, icy taste and appears more yellow. Product with higher air content tastes creamier, smoother and lighter. While Tom Carvel patented a number of machines to facilitate the creation of soft serve, today the process is much easier with air pumps included for extra aeration within the soft serve machine.

So, whether you’re enjoying a Mr Whippy in the U.K, a Merry Cream in Lebanon, or a Soft Cream in Japan, Mr. Carvel’s soft serve has been delighting people around the world; all thanks to a happy accident!

Every year since 1875, the first Saturday in May has hosted America’s most famous horse race.

Also called “The Most Exciting Two Minutes In Sports”, the Kentucky Derby is the first leg in America’s Triple Crown of horse racing. The race is contested by three-year old thoroughbred horses at the Churchill Downs racetrack in Louisville, which more than 150,000 fans pack on race day. Most of these fans don traditional ‘derby wear’, such as suit jackets with bowties for men and sundresses with extravagant hats for women. People around the country also hold their own derby parties where they wear similar fashions, try and predict the winner of the race, and drink the event’s signature beverage, the mint julep.

The race is host to many other traditions, such as the singing of ‘My Old Kentucky Home’ as the horses make their way from the stables to the starting gate and the gifting of a bed of roses to the winning horse. All of this, plus the sheer amount of money on the line–$2 million–makes Derby Day exciting to watch, even if you don’t know anything about horse racing.

Lately I have started to go to karaoke more frequently. Karaoke in Japan is very different than what I was used to in America—for starters, the selection of English songs you’ll find at places like JOYSOUND is just as good (if not better) than back home.

Unlike the private rooms you rent with your friends in Japan, karaoke in America (and probably other Western nations) usually takes place at a public bar. This means you are singing mostly in front of people you don’t know, which makes many people nervous. Instead of using a tablet, signing up to sing a song is usually done with a karaoke DJ, who has a book listing the available songs and a paper to write your name and selection on. Having to wait for your turn to sing means that on a busy night you might only sing once or twice over the span of several hours!

While it can be fun to have strangers cheering for and singing along with you (when you sing well, that is), I think I prefer Japanese karaoke where you can sing many, many times throughout the night (and wear fun costumes, to boot).