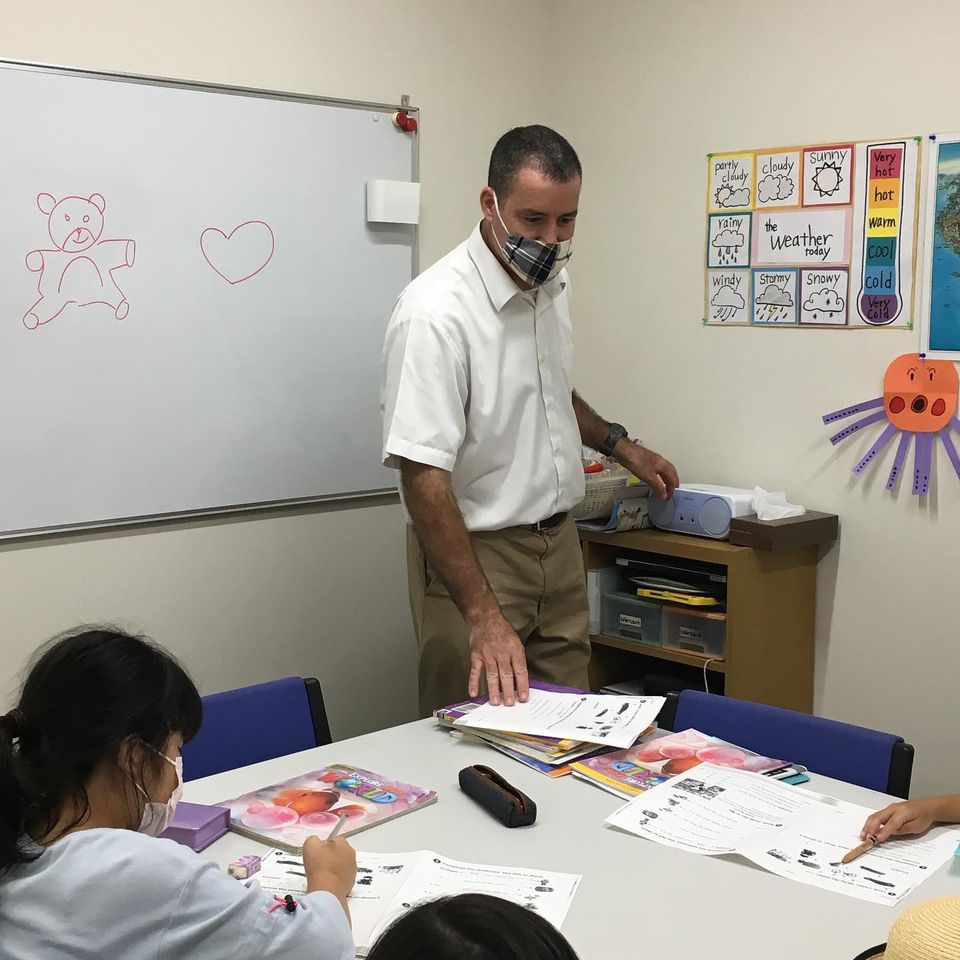 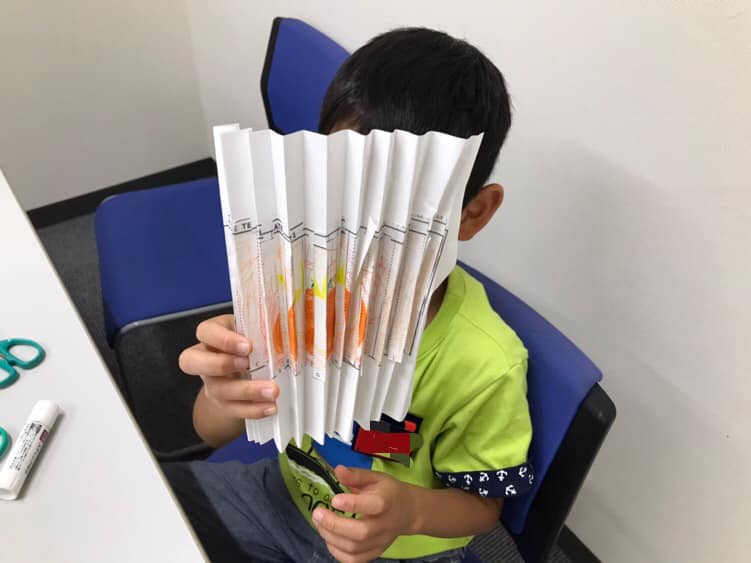 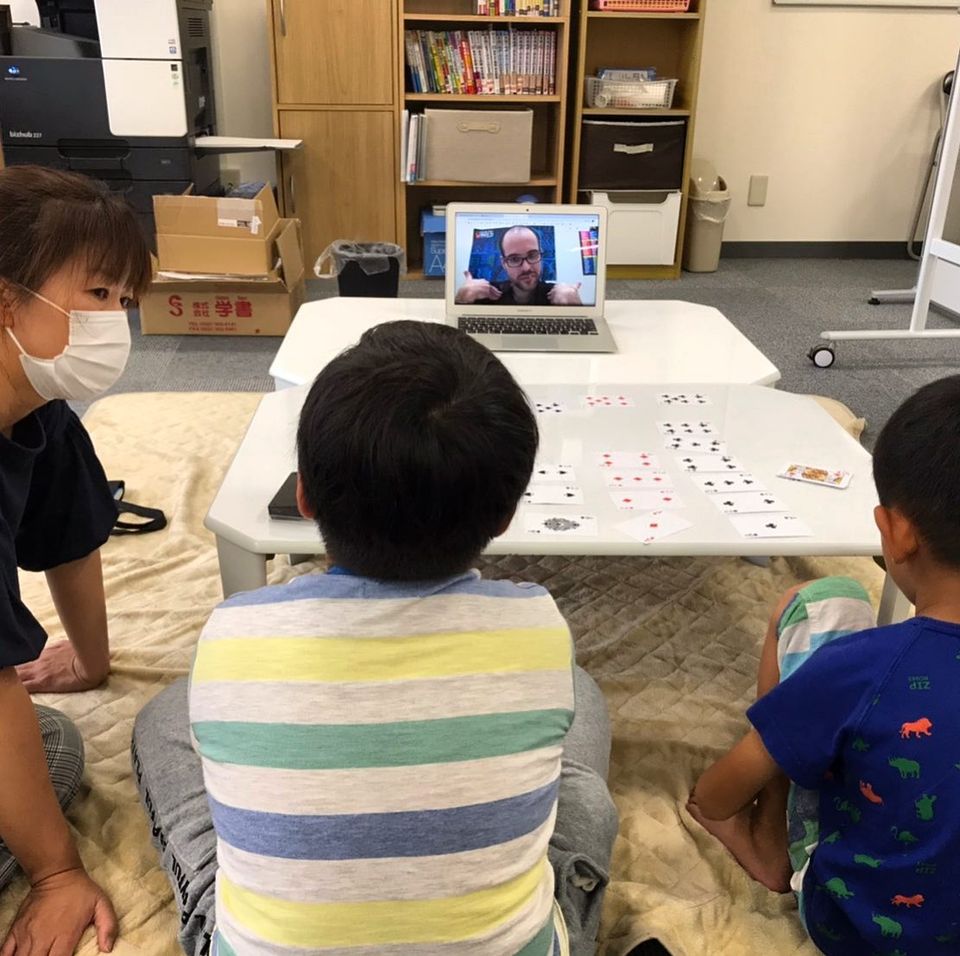 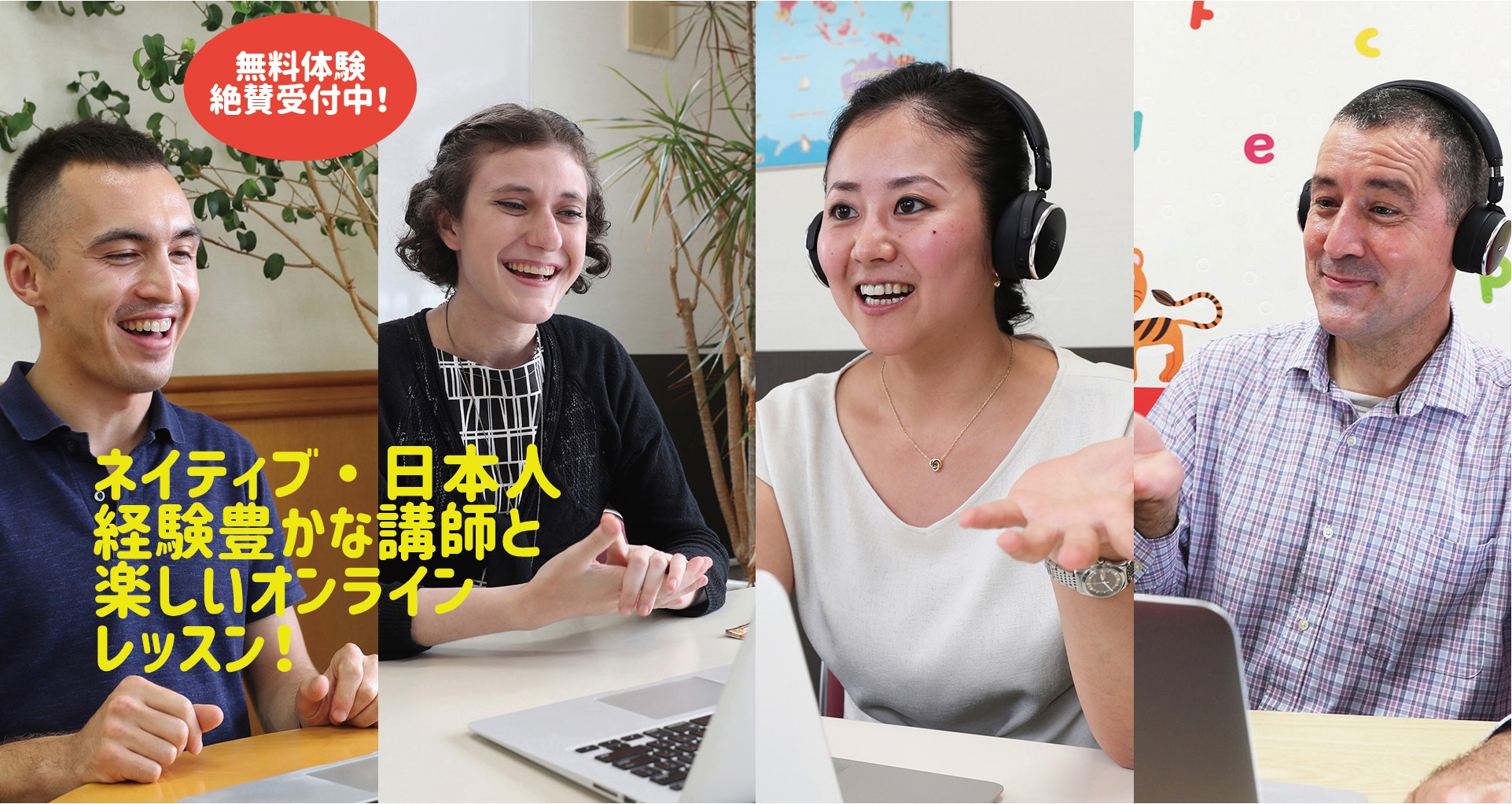 These days, it seems most of the children around me are enamored with Kimetsu No Yaiba.  I can often hear elementary aged students singing the theme song or imitating the parodies that have cropped up all over Youtube.  I have always found Japan’s fascination with comic books or manga, very interesting. 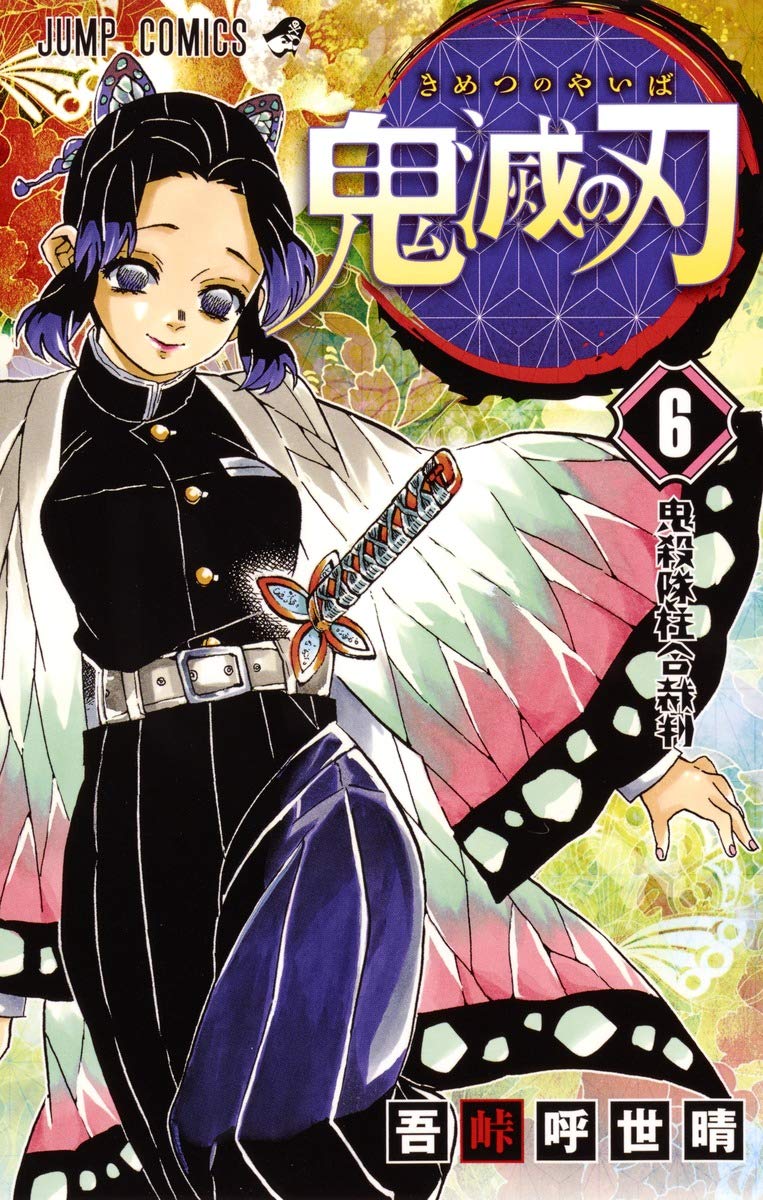 In America, traditionally comic books were for children, even though only a small number of children read them nowadays.  The majority of comic book characters revolve around super heroes.  Recently, DC and Marvel super hero movies have become popular all around the world.  A few adults like comic books as well.  Some comic books are collectibles and end up being investments, which is part of the reason why a few adults like them.  The very first Super Man comic from Action Comics costed $0.10, but now in great condition is worth $3,200,000.  Another reason of course is the art and the story.  I semi-seriously collected comic books in my high school days, but I didn’t have any valuable ones.  Some of the independent comic book companies had really good artists and story writers, so even though I wasn’t a little child, I still really enjoyed reading those comics.

You can generally only find comic books in a comic book store, hobby shop, book store or a discount department store- like Aeon in Japan.  You can only usually find independent comics at a comic book or hobby shop.  American comic books are generally very thin and in color.  They are about B5 in size.  The price can vary, but they usually run about $4.00.  Collectors also tend to buy hard plastic sleeves to keep their comic books in “mint” (perfect) condition.  In high school I had about 300 comic books, so I was surprised when I saw my first Japanese comic book.

My first Japanese comic book was given to me by my family friend’s nephews.  My family friend is Japanese and her nephews were visiting Hawaii.  We hung out for the afternoon and they showed me a “Gameboy” for the first time…they hadn’t started selling them in America yet.  They also gave me a comic book.  It was very thick and all in black and white.  It was “太陽の牙ダグラム”.  Of course I couldn’t read it, because it was in Japanese.  But the art and basic style difference was really interesting.  I would see my next Japanese comic book when I moved to Japan.

Comic books in Japan seem to be for all ages covering all types of stories.  In some book stores a very large section of the store is dedicated to comic books.  It is also interesting that the comics aren’t collectables in general.  Walking into Bookoff was an eye opener, as well.  All of the used and older comic books on sale and all of the people standing and reading showed me how ingrained the comic book culture is in Japan.  Most Japanese people I know, even if they don’t openly admit it, read comic books from time to time.  Which comic books do you read?  Just based on the variety of stories and target ages, I’ve ended up equating movies in the US with comic books in Japan. 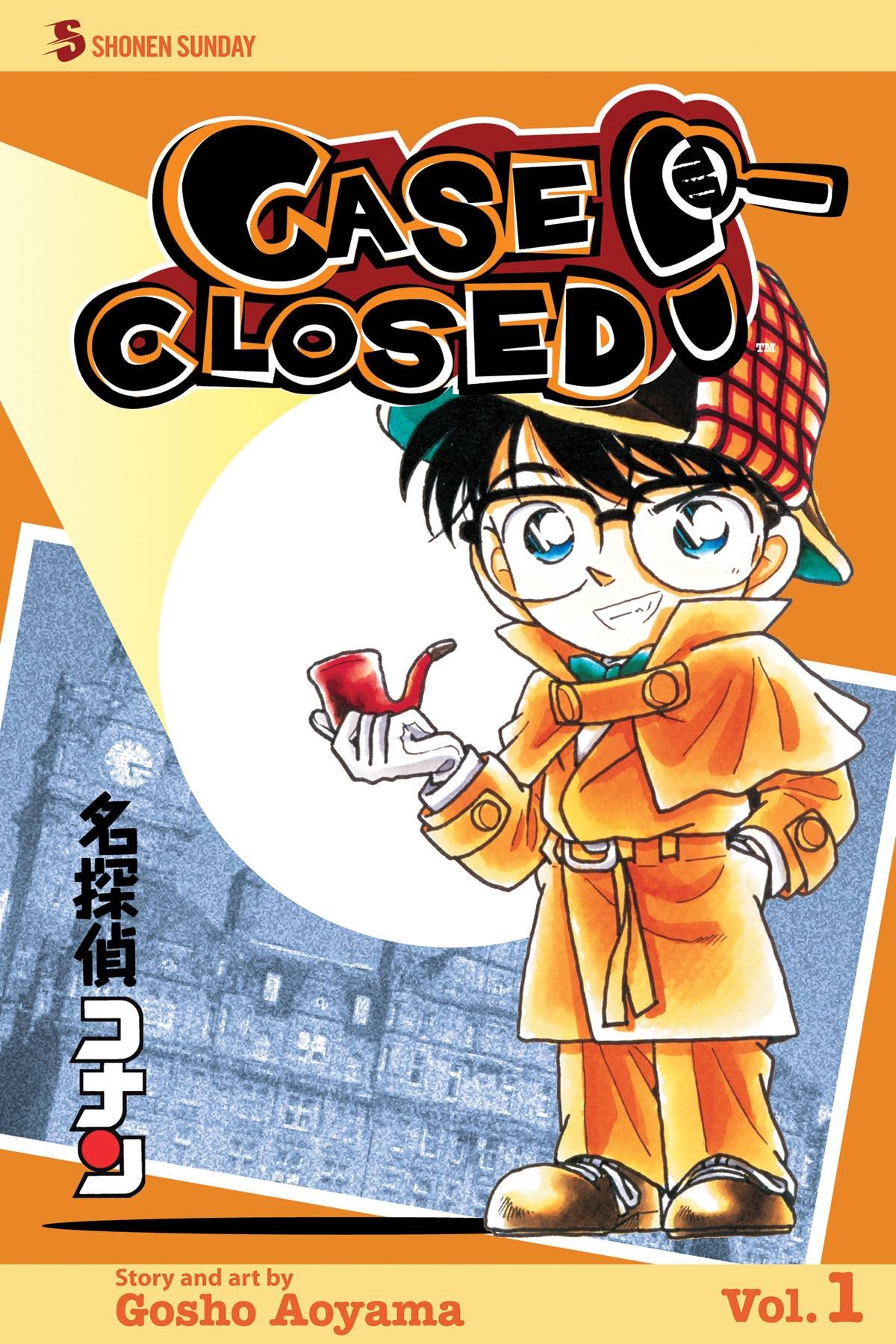 Another thing that I found fascinating in Japan is that video rental shops, not only offer a DVD and CD rental service, but also comic books as well.  There are also Manga Cafés where you can read comic books by the hour.  America and other English speaking countries may never have Manga Cafés, but manga which have been translated into English are becoming popular in the English speaking world.  Jump Comics, Doraemon, Conan and other comic books are available in English.  This is following the trend of Japanime, which especially took off in the English speaking world after the Pokemon boom in the late 90’s and early 2000’s.  It’s a little funny when my cousin who lives in the rural south is posting quotes from Naruto on his Facebook.  Cosplay has even become popular in the US, which is also a surprise.  Pop culture is a great way to share and bridge different countries and cultures.  Japanese comic books seem to be doing that now.  Hopefully the world in general can continue to connect through different ways and develop more tolerance, unity and appreciation. 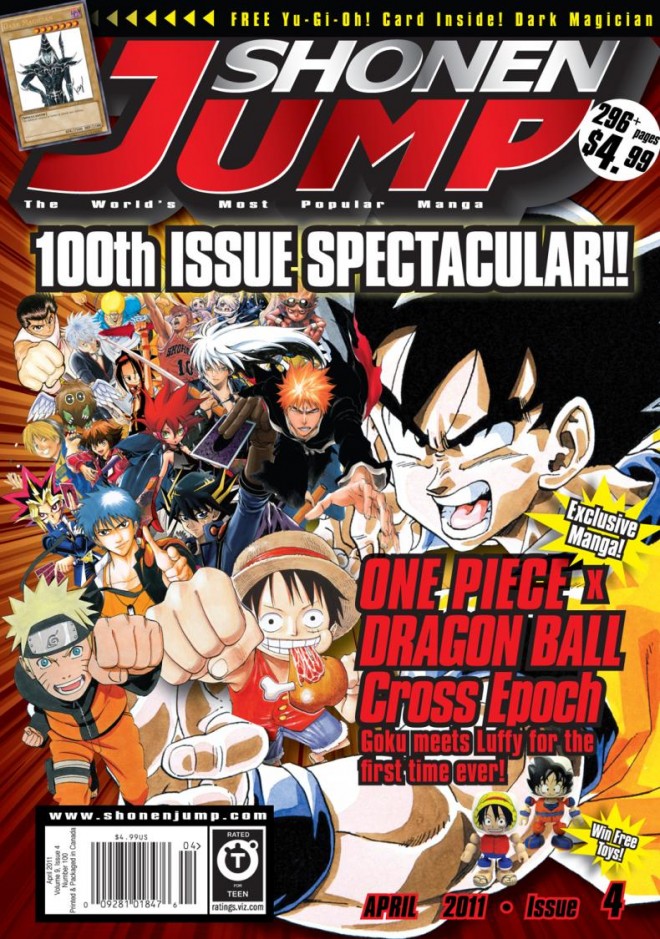 BTW, one of my favorites…. 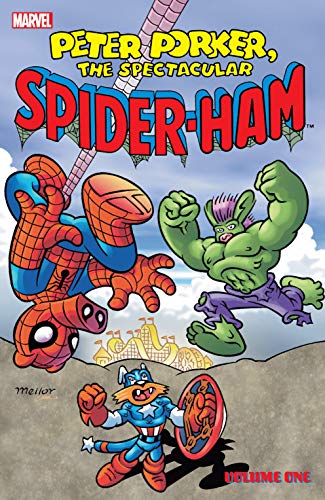 Today, let’s take a look at some idioms and sayings that use different foods. 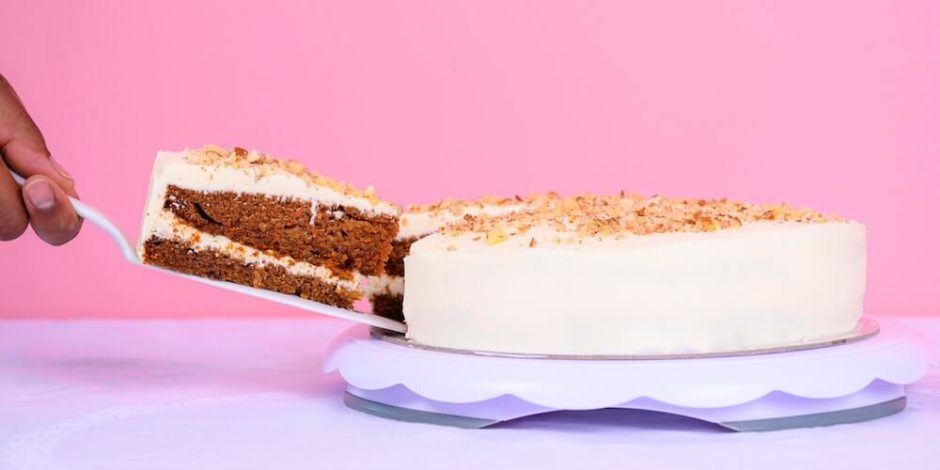 You may have heard this common expression before. When we say that something is a ‘piece of cake’, we mean that it is very easy! 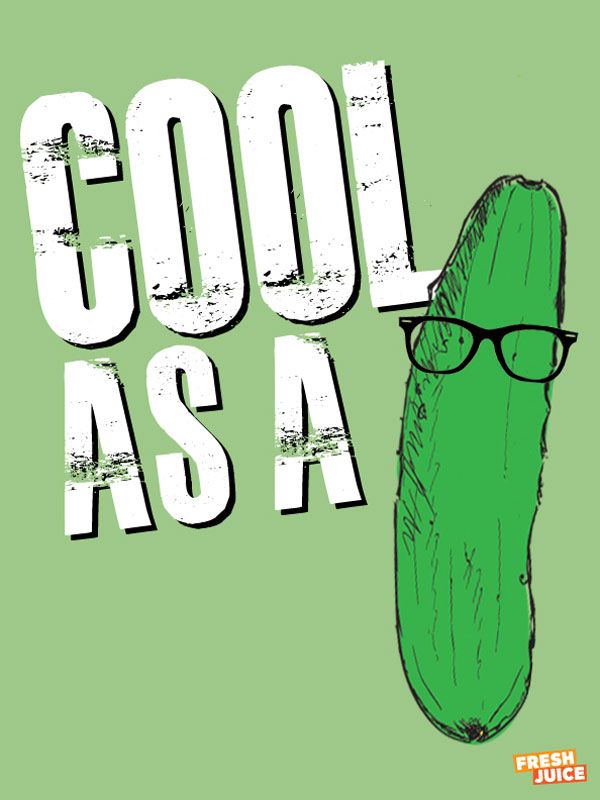 This expression is used to describe someone who acts very calm and unbothered.

Example: My brother isn’t afraid of anything. We went to a haunted house, and he was as cool as a cucumber the whole time! 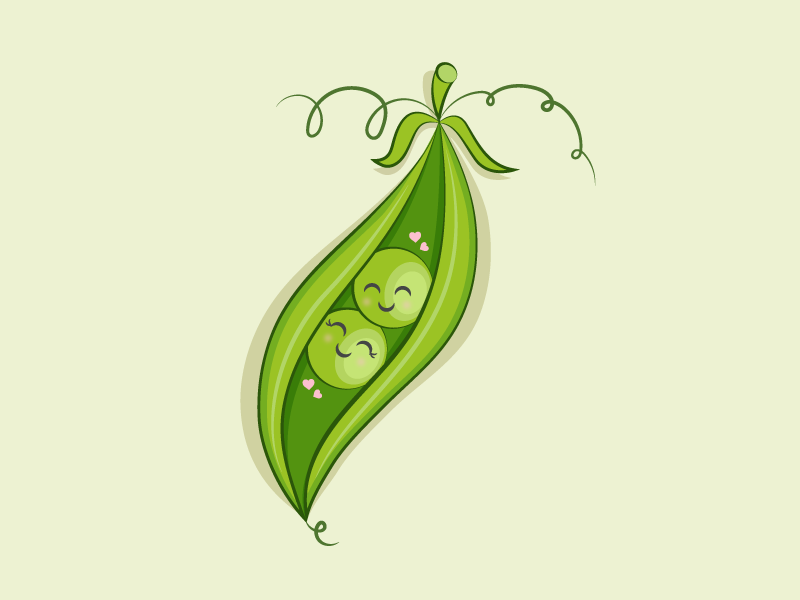 A pea ‘pod’ is the long green shell that holds the growing peas. When we say that two people are like ‘two peas in a pod’, we mean that they are very similar.

Example: Sara and I love all the same music and movies and even play the same sports. We’re like two peas in a pod! 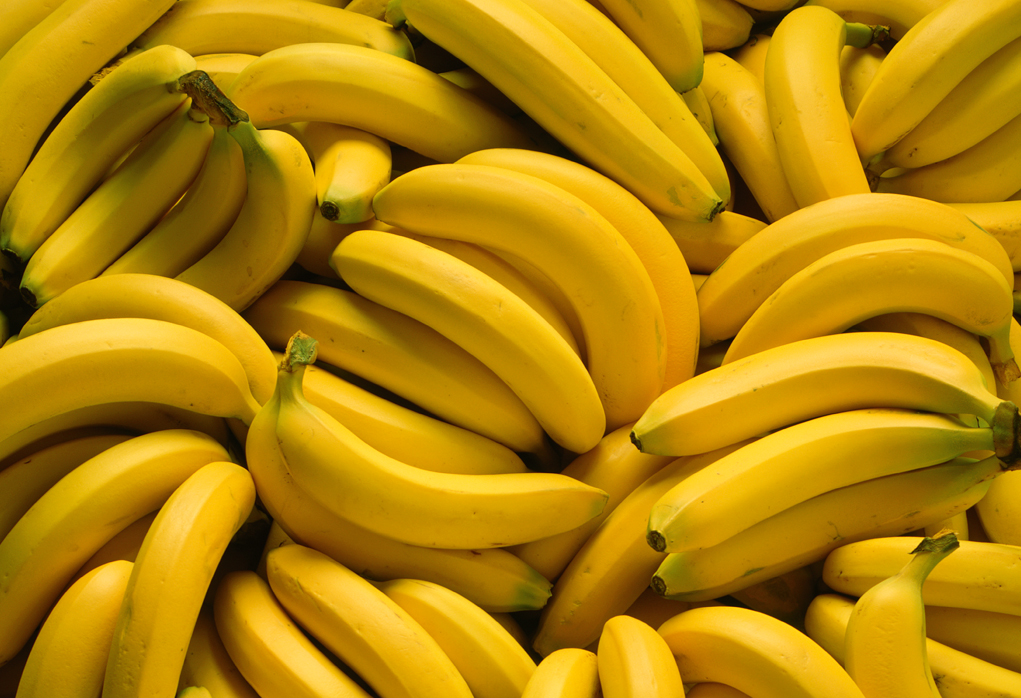 In addition to being a delicious yellow fruit, ‘bananas’ can sometimes be used to mean ‘crazy’. So ‘going bananas’ is the same as acting very crazy or showing strong emotion.

Example: When our team won the championship game, the whole crowd went bananas! 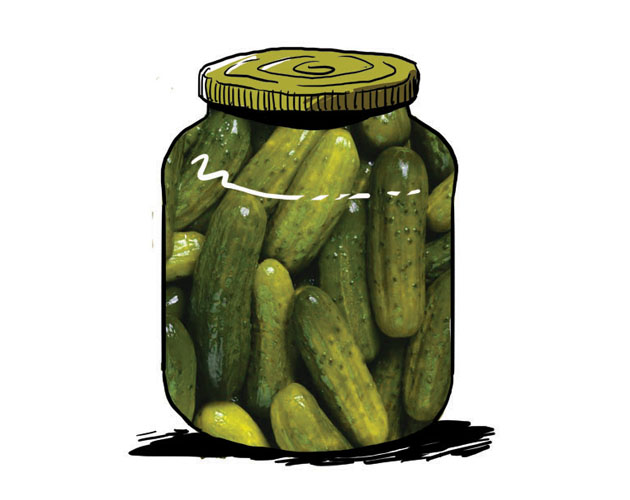 When you’re ‘in a pickle’, it means that you’re in trouble or in a difficult situation.

These are only a few of the many expressions that use different foods. Can you think of any others?

Living in Japan is great.  I really enjoy the food and nature.  I do sometimes get homesick though.  I sometimes really miss some of the local Hawaiian food I ate growing up.  Hawaii is great, because there is such a mix of cultures.  This mix of cultures means great food from all over the world.  Eating is a popular pastime in Hawaii, because of the great food.  Here are some of my favorite foods. 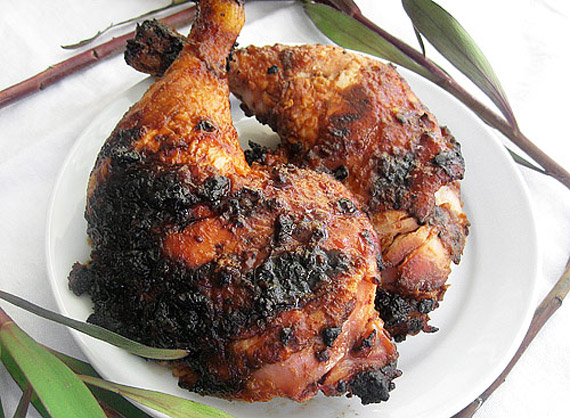 Hulihuli Chicken is one of my favorite local dishes.  “Huli” means to turn in Hawaiian, so hulihuli chicken is a rotisserie chicken, marinated in teriyaki sauce and grilled over an open fire.  The chicken is really tender and juicy.  You can usually only get fresh hulihuli chicken at a special event or through fund raisers.  Though food trucks are becoming more popular and may have hulihuli chicken on the menu. 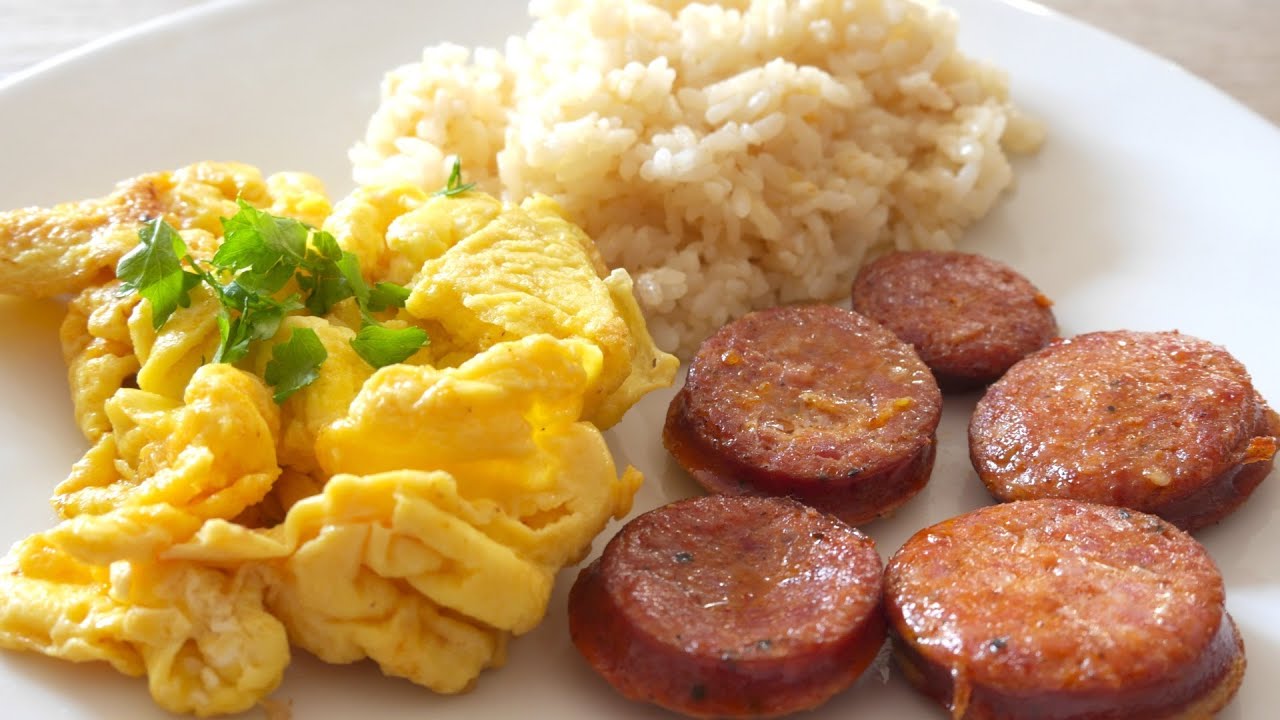 Portuguese sausage is another one of my favorite foods.  It is very similar to kielbasa sausage, but very spicy.  It’s most commonly served sliced and fried as a breakfast side dish.  If you like spicy food, I really recommend it.  You can even get it at McDonald’s in Hawaii. 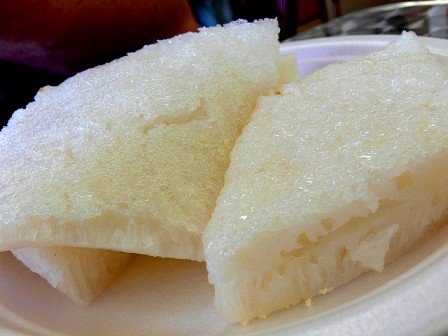 Chinese style rice cake is a dessert I love.  You can sometimes buy it at food trucks or in the deli section at supermarkets.  It is a bit different from Japanese rice cake- a bit lighter in texture and very sweet.  It’s even a bit sticky.  In university, it was a great treat after a day of classes.  I crave it even now. 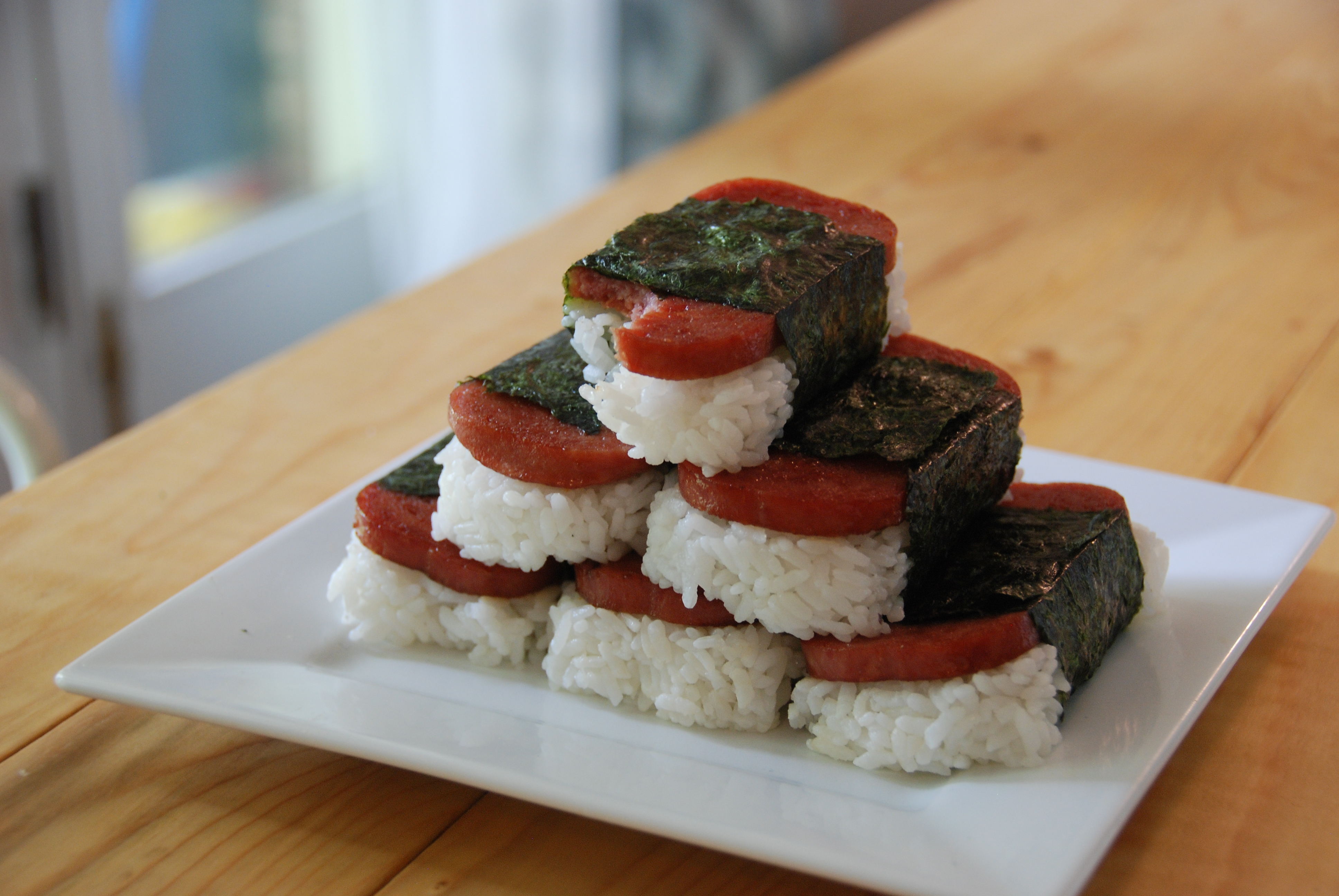 One of the final foods I’ll write about is spam musubi.  This dish is a rice ball with fried marinated spam and seaweed.  It is extremely popular in Hawaii and can be found in convenience stores and supermarkets.  It tastes great and is a great energy booster.  I occasionally make it here in Japan.  It tastes just as great as the ones in Hawaii and eating it always cheers me up.

If you go to Hawaii and you have the chance, I hope you’ll try some of these great dishes.  I’ve always thought that food is one of the best parts of culture… one of the most delicious parts anyway.  And if you do try these dishes and you like them, try saying the Hawaiian English word for delicious- “Ono”.  If you can’t make it to Hawaii, try making some of the recipes on your own.  Good luck and aloha. 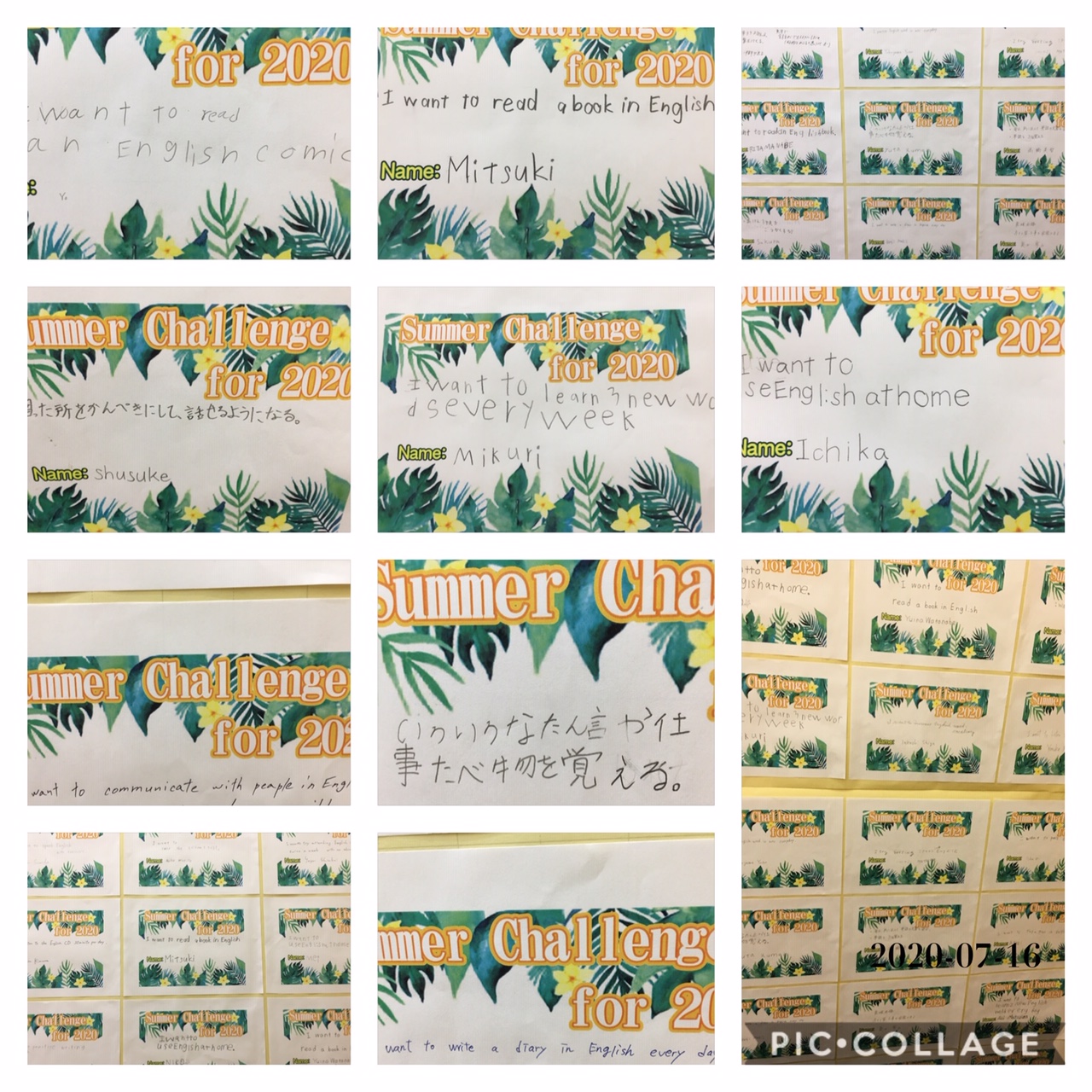