In anticipation of questions from my students about popular American Christmas traditions (and mostly because I don’t actually know), I wanted to scratch my own itch and ask and answer: what is eggnog and why is it so popular in America? 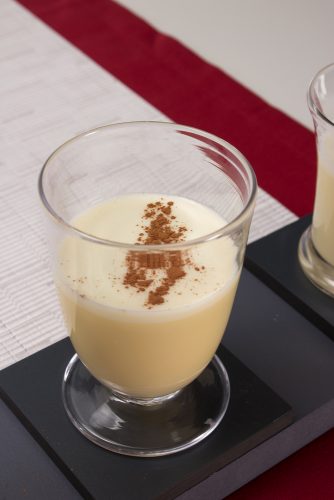 What it is: According to Wiki, eggnog is a rich, white beverage made from milk, cream, sugar, whipped egg whites, and egg yolks. Spices like cinnamon and nutmeg are often added as a topping. Many adults like to also add spirits like rum, brandy, or whisky to kick it up a notch. Some people make it at home, but it can also be found in any supermarket’s dairy section around Christmas time.

How it became a thing: The history of the word is disputed: some argue the name comes from a 17th century English word for beer (nog); others think it’s a slurring of ‘egg’ and ‘grog‘ (an old word for rum); while even more trace it to 18th-century America.

No matter its etymology, the drink itself was popular among Englands’s lower classes and eventually made its way to the Americas in the 18th century. Although today the drink comes alcohol-free by default (in stores, anyway), in early America the opposite was true and it contained whatever hard alcohol was available, including rum, whiskey, bourbon, and sherry. During the Christmas of 1826, heavy consumption of the drink even led to a literal eggnog riot at the U.S. Military Academy.

How Americans feel about it: Eggnog is a very polarizing beverage and many Americans have strong and nuanced opinions about it: some think the homemade version is heaven in a glass but despise the processed supermarket versions, while others will happily drink any variety as long as it’s ‘spiked’ with alcohol. Either way, there’s apparently enough of a market for the stuff that soy, coconut, and even tofu-based versions are now available.

Even if you pass on the drink itself, the beverage’s flavor can be hard to avoid: seeing nog-flavored treats like waffles, ice cream, and cookies isn’t uncommon, making egg nog’s presence around the holidays almost as ubiquitous as cinnamon and peppermint’s. 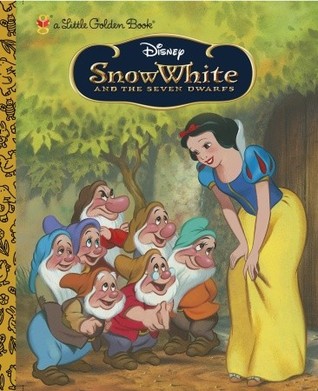 最近子供たちとカードゲームをしていた時のこと。まだゲームが終わっていないのに、一人の子がもう負けると泣き出しゲームを放棄してしまいました。この出来事を、外国人たちに英語で説明しようとしました。「負けず嫌い」という表現を知らなかった私は、「ゲームが終わる前に泣き出してしまって、負けるのが嫌いで・・」と長々と説明していると、ネィティブから一言。She is a sour loser.

毎日通勤時に英語のラジオを聞いているのですが、先日ラジオから「・・George W. Bush always said that what he got from his father was “unconditional love,” ・・」と流れたのを耳がキャッチしました。皆さんもご存知の通り、先月第41代米大統領ジョージ・H・W・ブッシュ氏が死去され、そのニュースが流れていました。前後の文章は曖昧にしか聞き取っていませんが、Unconditional loveの箇所は、これまでのうる覚えの蓄積が手伝ってアンテナがキャッチしました！ブッシュ氏が父親から受けた愛というのは、愛は愛でも・・深い、無条件の愛！という推測をしました。

What do Beyonce and a Hindu priest have in common? 英会話・英語 アミック

Have you ever heard the saying, “You have the same amount of hours in a day as Beyonce”?  Beyonce juggles being a wife and mother, a world-famous musical icon, a brand ambassador, and social activist seemingly without breaking a sweat while the rest of us mere mortals are over here complaining about having to go to work AND schedule a dentist appointment in the same day. Obviously, these days Beyonce has a lot of assistants to help her accomplish all her day to day errands. However, I’m sure when she was just a fledgling pop star she had something quite a few of plebeians lack: discipline and focus. After all, you don’t become one of the world’s best-selling artists of all time by sheer luck.

I struggle with keeping focused every day. If I have ten minutes to kill, I mindlessly scroll through Instagram instead of doing something a bit more worthwhile.  Enter Dandapani, an Australian Hindu priest, who coaches people on self-development. Dandapani states that people are easily distracted and lose focus because we are training ourself to be easily distracted. Every time our phone buzzes, we race to check our notifications, which makes us a slave to our mobile devices. Dandapani isn’t anti-technology, he just doesn’t believe that we must be connected at all times. If we want better focus, we must train ourselves to be more focused by “keeping our awareness on one thing at a time”.  But how do we practice focusing our awareness? Dandapani recommends giving all your attention to a spouse, friend, or partner while they are speaking. If you start to lose focus, bring your attention back to the speaker! Trust me, it’s easier said than done. Here’s a short video by Dandapani on how to control your focus. Let’s play a game; try not to get distracted for the entirety of this  6 minute video!

Interesting, right? Do you think you can practice giving someone or something 100% of your attention? Who knows, maybe the next amazing pop star is in you, waiting for you to realize your potential.